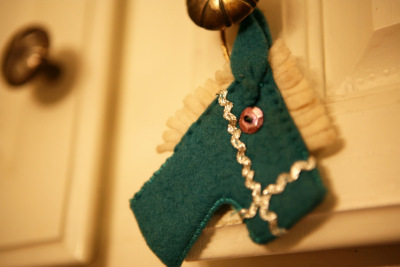 When Betty Gelbach passed away, just after Christmas, we all gathered through the snow at her house, high up on a hill. She lived by Doug’s parents since the very beginning and her son, Kurt, is Doug’s oldest friend. Her house was a slice in time. Silver pieces meticulously displayed. Weathered family photographs honoring accomplishments. A kitchen that stepped out of the 50’s that was so 50’s that if you bought this house you wouldn’t change a thing. Once a hunting lodge, the Gelbach’s turned it into a pretty cool place to raise their three children.

On this night, we drank wine and ate one of Betty’s most notable recipes … liver pate’. The kitchen was so packed that all you had to do was hand your glass in and when you pulled it out it was filled. The snow fell and danced a different dance through the old, wavy windows. Stories were told and it was clear that everyone was better off for having known her.

I remember her as being the prettiest older woman I had ever met, even when I met her 25 years ago. Shorter than usual, her smile was perfect and always there. Her hair tied back in a classic style that she probably invented. She liked to touch me. She touched everyone. Her humor was wicked.

On this night, Kurt played some of the Gelbach’s home movies, now housed on YouTube, on a big sheet in the corner of the living room. That’s where I saw My Bionic Boyfriend running up the hill at a family party as a little boy. I had never seen him as a little boy, except in pictures, and except in my mind. He was happy. I wished I could have reached into that sheet and picked him up. Who would have known that little guy with brown hair and serious glasses was going to grow up to be mine. And who knew he was going to grow up to swim the English Channel one day.

Kurt Gelbach, and his wife Sue, on behalf of the Gelbach and Upton families, just made the largest donation to date to The Les Turner ALS Foundation and A Long Swim. And, small world, they are currently living in England. The card arrived under an English postage stamp and even included England Slang, calling the English Channel swim a “blightly long swim.”

On this night, when it was time to go home, we were invited to take a Christmas ornament off of Betty Gelbach’s still standing Christmas tree. It was hard to pick, but eventually I selected one that I imagined she made. The felt was hand stitched in the perfect measure that only that generation and those before them knew. I didn’t put it in the attic when it came time to put Christmas away. I hung it on one of the kitchen cabinet knobs, so we could keep remembering her a little bit longer.